The Right Hookup App to Meet Your Needs

Hookup apps for Everybody

Hooking up is fun! And nowadays it is even easier than before. No need to get dressed up and head to your favorite bar to find someone for a quick fling, those days are long gone. Now all you need to do is grab your smartphone, download an app, and get down to business in an attempt to find your perfect match, even if they are just for one night.

Hookup apps have jumped onto the market in a big way and now there are so many that it can even be difficult to pick which app is best for you. Tinder was once, and may still be, the king of hookup apps to some but there are a lot of newer ones making waves in the dating scene. But don’t let this stress you out! I am here to explain the best hook up apps to try and help you choose the perfect one for you. 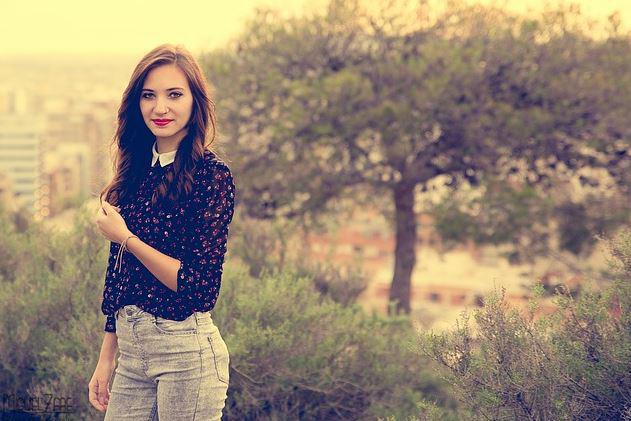 The thing is that attraction is personal, and someone that I find insanely beautiful and sexually appealing you might just find… blah. And that’s ok. But it can make finding a partner via an app a bit tricky. Different hookup apps tend to attract certain kinds of people, so knowing which is going to make your search for a lover a whole lot easier is very important. I’ve done the research so you don’t have to.

A good place to start is knowing what you are after. While the term hook-up apps suggest that you are looking for a quick fling for a night or maybe a few drunken nights down the track too, it can actually cover all manner of things. You can use free hookup apps to find someone for a long term fling or relationship, there are even people getting married that met on these things!

Hookup app for a one-night stand

We can’t talk about hookup apps without giving Tinder a mention so let’s get it out of the way now by saying that Tinder is so popular for good reason. It was pretty much the first of its kind and remains one of the best apps for hookups hands down. Although there are more and more apps appearing on the market Tinder is still massively growing and is still the most commonly used hook-up app. For that reason, there are going to be options for you to choose from and lots of them.

That’s why it is so great for swiping through on your lunch break or while you procrastinate from working, you can just go and check out potential playmates before they eventually run out of options for you. But don’t worry there will more tomorrow as more and more people are still signing up every day.

Of course, some people actually don’t like the idea of too much choice and would rather have the options offered up on a silver platter so there is less work involved. Well, I have just the app for you too. Pure is the new app on the block and one that is growing in popularity fast as it provides instant fun without the fuss of needing to swipe through hundreds of options. The way that Pure works are really simple. You submit a request stating whether you are looking for a man or a woman and your preferred area to meet, then you get a few options that match. Your photo and tagline are only shown to other people for an hour meaning that if you don’t find a match in that time you will need to submit again. This is perfect for those that want to try to see if they can get  an instant hook up in their local area.

Looking for something with the potential for a few dates before really getting down to business? Check out Blendr. Blendr is targeted at those that want to enjoy a bit of flirting and go be social rather than diving into a one-night stand.

This app is location-based meaning that you will get to see everyone that is close to your actual location and there are over 340 million users on Blendr worldwide so you won’t be stuck for choice either. The app itself works much like Tinder, you use a swiping system to decide whether you want to chat with the person or not and you can start speaking with one another if the other person gives you a yes too.

What is different about this hookup app is that it does not require social integration to sign up, so you don’t need to have a Facebook account to use it. This is great for those that are a little bit on the shy side and don’t want their Facebook account linked to a hookup app but it does also mean that there are more fake profiles and more chances of being catfished as the accounts are not verified.

This app is amazing because it gives the power to the women and avoids any unwanted photos or conversations. And guys this one is actually great for you too if you are looking for something a little longer term as the woman has to make the first move when you do get to start talking to someone you know that they are actually into you and have decided to open the conversation.

Hookup apps for the LGBT community

While many of the above apps can actually be used by the gay and lesbian community, there are a few that are actually tailored specifically to these groups. Her is an award-winning app for the queer community and is for anyone that identifies as a woman.

The app itself is very minimalist and tries to encourage more interaction and engagement between users rather than a more voyeur approach that you can get with some of the others. Her isn’t just about hooking up either. The app also encourages friendships, dating, and even hosts information about events in your area so that you can go along and meet people from the app or just go along and see what it’s like. They also have great content so that you can have a read of something interesting while trying to find a potential partner.

And of course, for the gay men, there is Grindr. Grindr is really the king of the hookup apps for gay men and has won quite a few awards in its time. Grindr really is for hooking up and getting some instant action, or a few naughty photos too. And users love that it is really simple to use and they are millions of users from all over the world so you are never caught short with the men on offer. Grindr really led the way for hook-up apps and many of the new ones being created are based on the style of Grindr. Even now, after so long in the market, it remains one of the best hooks up apps ever.

But Grindr isn’t the only hookup app on offer for men. If you are wanting something that has the potential for something that involves a few dates, then Chappy might be the best hookup app for you. Chappy was created to cater to the men that want a stylish platform and a bit more class in their dating lives. And the best thing is that it actually caters to those looking for an instant hook up and those that are after something a bit more involved and social. You just select whether you are looking for ‘Mr. Right’ or ‘Mr. Right Now’ and Chappy will try to do the rest of the work for you.

It’s not just those looking for a straightforward date or one-night stand that gets to make the most of hookup apps. There are now apps available that specifically target those with kinks and fetishes and helps them find a partner that is into the same thing. The app Whiplr is one of the best hookup apps as it is designed to help you find people with the same interests as you in your local area. You can join or start groups to discuss different topics, talk to individual members, and even video chat. Plus, it’s not just for singles. Couples or even groups can join Whiplr too and it is all about the community and finding out what events and people are indulging in the same play in your own community. There is also a super cool ice breaker feature that generates conversation starters if you are a little shy or a bit stuck with where to begin.

Another hookup app with a kink in mind is KNKI. This app works on a global level so you can meet and interact with people from all over the world. Plus, you can decide whether your profile is private or public and actually create a profile for yourself much in the same way as Facebook works. You can follow your favorite members and their updates will be displayed in your timeline. Of course, you can also interact with members privately through the chat system. It’s a great option for those that travel a lot as it is not restricted to your current location.

There are a lot of apps around these days, so finding the best hookup app for you is all about knowing what you want to get out of it so hopefully, this has helped to direct you to the one where you hopefully have the most success.

Filed under:
Read next 8 Free Hookup Sites Reviewed
Read more on the topic 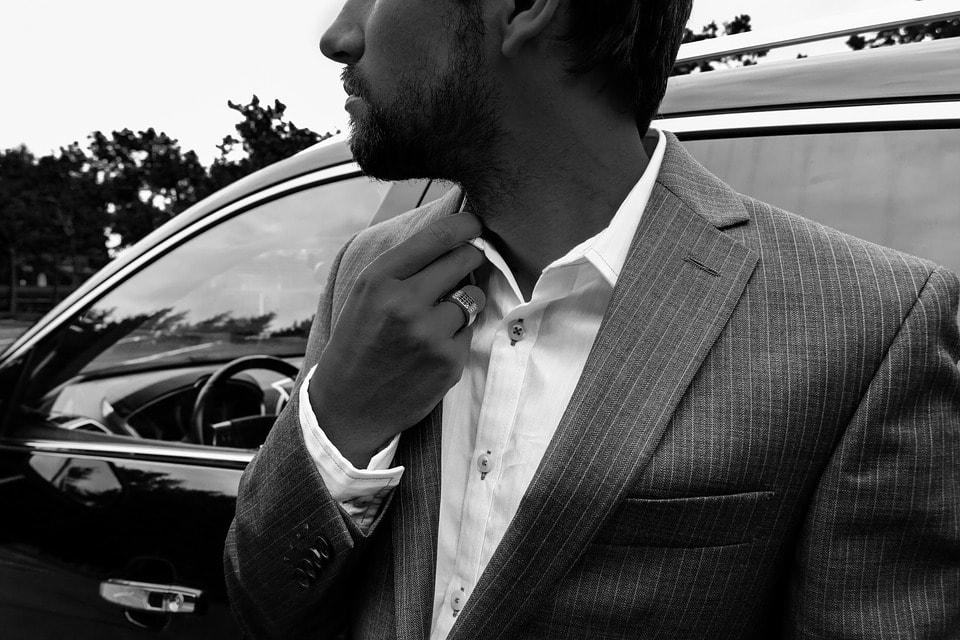 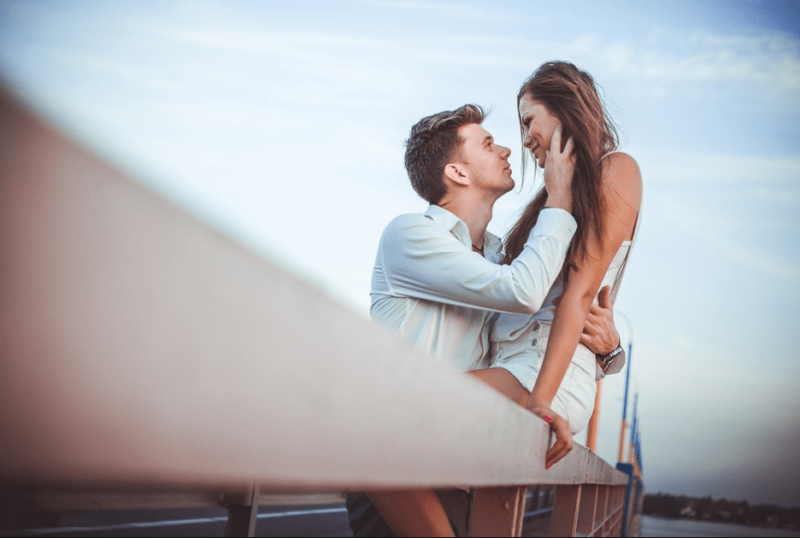 We receive advertising fees from the service providers we rank below. Advertising Disclosure 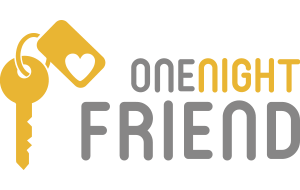 HookupExperts.com has the best experts to personally try and review adult chatting services. You can rely on their expertise! 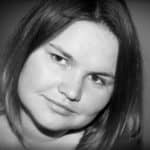 Valerie is excited about new things out there and sharing her experience. 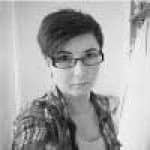 Online hookup expert from United Kingdom. She likes to play COD and talk about sex.

Emma's been a hookup expert for many years. She likes all things sexy, especially digital. 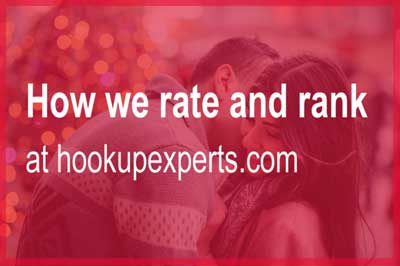